Did you get asked to help prepare a nativity skit for your Ward’s Christmas party? Chances are, they asked you with just a week or two’s notice, too. I’m in the same boat! Enter — The Nativity Song Primary Christmas Nativity Skits!

A Small Update on Where I’ve Been

I was actually released right after our Primary Program this year in September, after 3 years in the calling. I did help sub for a few additional weeks even after I was released. Still, they haven’t found a new Primary music leader and they asked me to help with the Christmas party this year.

So, you may not have seen me around much lately, but I do still have content and ideas to share from my first 2 years of leading music that were before I started this blog. I hope to be back and adding new ideas here in the new Primary year.

So stay tuned for those! If you’re subscribed to my email newsletter, you’ll get updates with my new posts when I finally get a chance to get back at it!

What do you do when your ward has asked you to come up with a nativity skit for your Primary? It’s a lot of work! We were asked to sing 2-3 songs and have the kids act out the scene.

Well, this year’s plan came about from a friend who’s taken over subbing in Primary while they look for a new music leader. The idea is simple — teach the kids just one song (though it’s a long one) and definitely use poster boards with the words!

The Nativity Song is just the perfect song to pick! It lays out the entire nativity scene across the five verses and makes it so no one needs to learn any speaking parts or do any real “acting”.

How to Use The Nativity Song Primary Christmas Skits:

You can use costumes or find someone in your ward that already has some. I got all of my costumes at Oriental Trading company for my own family’s The Savior’s Birth: A Nativity Skit.

You can also find Christmas Nativity Costumes on Amazon!

We do this nativity skit I created every year at home and I just love it!! Since I already do this every year, I have collected all the costumes over the years. The skit combines singing carols and the nativity skit into one activity. You can grab that printable one as well, if you’d like it, over on my other blog.

We actually used my The Savior’s Birth Nativity Skit as a ward last year! Just be sure to sing ONLY 1 verse per song or maybe pair down a song or two as it was just a little long in the big group setting verses the home setting.

The Nativity Song — Parts by Verse:

My plan for the song is all easily broken down in the printable version available at the end of this post. But basically, I plan to have different groups for each verse:

You could also skip either the 2nd or 3rd verse, or both if you really need to. I would keep the 1st, 4th, and 5th verses for sure, though! You can also have your Primary sing all 5 verses with the words available.

The first verse may be the hardest for them, though, as there isn’t a lot of strong imagery or symbols in the first verse to point out. If you want only one small group, I’d use the 1st verse as a small group or solo.

Have assigned roles and actors that enter the manger scene and stay there through the remainder of the song, as follows:

Printable The Nativity Song Primary Skits or Ward Skits for the Christmas Party!

I’ve created a 1-page overview of the song, parts, and suggested breakdown of each of the roles of the skit. Of course, you can always adapt this idea to fit your own Ward and Primary. If you have a large Primary, you could even just use the kids!

If you use this idea and love it, I would be thrilled to hear how it went with your ward for your Christmas parties! Ours is just 2 weeks away!! 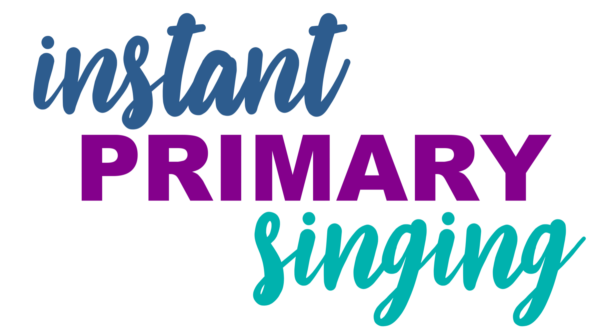